Malware Continues To Threaten Computer Servers All Over The World

The world is run by computers. It is the reality of our times these days. Almost every nation has centralized their operations and relies heavily on digital data in their every affair. It has transformed the delivery of basic services into a smooth and efficient system that gets the job done every time. Unfortunately, like any form of technology, criminals have found their way to make money from it and this has put a risk countless computer servers all over the world from costly malware that are meant to cripple your system and even your life (and put your business on hold). 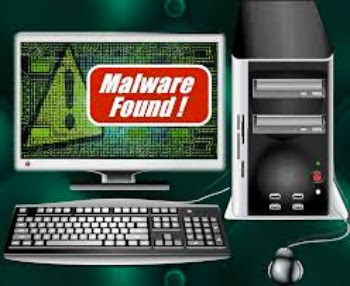 Malware attacks are increasingly becoming common now especially among Windows PCs. Cyber criminals are using the technology itself to mess with even more technology for monetary gain. If you are not careful enough, you might end up a victim of these cyber criminals and be asked to pay bitcoins as ransom to get your data back like what happened to thousands of individuals and organizations quite recently when a ransomware attack affected over 200,000 computers.

While not acknowledging any failure on Microsoft’s part for the havoc wreaked by the WannaCry computer worm, Phillip Misner, a Microsoft security expert, said in a blog post that the company had found it “painful” to see so many customers affected. The flaw in Windows first came to light in March, when a leak of cyber weapons developed by the US National Security Agency included code that took advantage of the previously unknown problem.

Microsoft issued a patch at the time that could be applied to current versions of Windows, and Mr. Misner said that would have protected users against WannaCry, provided they installed the fix on their machines.

It is unusual for Microsoft to provide support for older software versions that have been released ages ago but they made an exemption this time considering 7% of the computers all over the world still run on Windows XP today and were also affected by the recent cyber attacks to prevent the malware from spreading further.

If not protected, this ransomware can cripple your system by locking it and its keyboard and you won’t be able to access all the data stored on your hard drive. What’s even more stressful about the recent attack is that it affected computer servers of various organizations, thereby crippling government institutions and companies in one go.

The developers of open source video transcoder app Handbrake have issued a security warning to Mac users after a mirror download server hosting the software was hacked.

The alert was issued on Saturday after it was discovered that the original HandBrake-1.0.7.dmg installer file on mirror server download.handbrake.fr had been replaced by a malicious file.

The affected server has been shut down for investigation, but developers are warning that users who downloaded the software from the server between14:30 UTC May 2 and 11:00 UTC May 6 have a 50/50 chance of their system being infected by a trojan. "If you see a process called 'Activity_agent' in the OS X Activity Monitor application, you are infected," read the alert.

Whether you are using a Mac PC or a Windows one, you are not safe from these hackers. It is especially more costly for business owners who use several if not hundreds to thousands of PCs running on the same server. It is what happened during the recent WannaCry attack that crippled various industries both public and private.

Cyber criminals have upped their A-game and will go to extreme lengths just to wreak havoc and get the world’s attention (not to mention the ransom money in the form of bitcoins). Their modus is simple. They introduce the malware into your system in the form of malicious email attachments disguised as a regular email you typically get from family, friends, or co-workers. Upon opening, the malware gets into your system and the attacker locks your PC and keyboard, so you can no longer access anything on your computer and your data held as a hostage.

In times like this, you can only hope for a miracle remedy for this situation like the genius 22-year old tech wizard who found the kill switch for WannaCry. However, there are other instances where you may end up losing your precious data such as the very common hard drive failure experienced by most businesses at some point in time. Check this link http://www.harddriverecovery.org/raidcenter/dell_poweredge_data_recovery.html for Dell server data recovery and this one http://www.harddriverecovery.org/raidcenter/hp-proliant-data-recovery.html for the HP Proliant server recovery. If you do experience these issues, don’t hesitate to contact us for professional help.

The following blog post Malware Continues To Threaten Computer Servers All Over The World Find more on: HDRG