The Millennials are probably the biggest spenders these days and their purchasing power is expected to continue as they age. A.k.a. the Generation Y, the Millennials are individuals born in the early 80s until the late 90s to early 2000s. They are often the offspring of older Generation X adults and baby boomers and grew up in a culture of technological progress. Millennials made social media the force it is today because they are comfortable in using it after being exposed to technology at a young age. They are the ones who grew up watching cable television and then came the World Wide Web and the birth of smart technology. 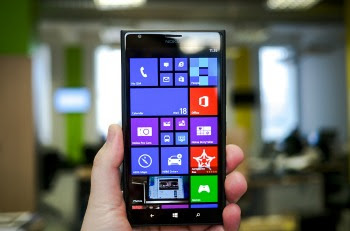 In one survey, 83% of millennials answered that they sleep with their smartphones. That’s how inseparable they are from their gadgets. They are used to living in their virtual life before zoning out and then coming back to reality. Many can’t live without 24/7 access to the Internet and are more likely to log into their various social media accounts on a daily basis too. Facebook happens to be their social media channel of choice and most of them access it on their smartphone rather than on computers or laptops. Aside from using the web to connect with friends, millennials have various uses for the Internet and it involves banking, shopping, business, etc.

The Finnish-based home of Nokia phones - unveiled the Nokia 3, Nokia 5 and Nokia 6 handsets in Sydney on Tuesday before they hit stores in late-July retailing at a cost of $249, $329 and $399 respectively.

"It's our ambition to be a top global smartphone player within three to five years," HMD ANZ's general manager Mark Trundle told AAP at the launch.

"In order to do that, we need to resonate with a new audience."

"We believe the millennial generation are the influencer generation of any age group so that's where we're going to put a lot of focus ... ensuring that they fall in love with the Nokia brand again," Mr Trundle said.

The people from Nokia got it right about millennials. Millennials mainly dictate trends that go around these days and if they can catch their attention, they won’t have a hard time gaining the thumbs-up of other age groups too. After all, Nokia was what started the mobile trend in the past and they may be able to have a shot again at making it big in the smartphone business with the help of tech-savvy millennials who definitely know what they want when it comes to their go-to smartphone.

Nokia is back and it is making some compelling offers with the Nokia 3, 5 and 6 smartphones that include pure Android and two years of security and feature updates - and the unforgettable Nokia ring tone.

Cast you mind back to the 90s when it was a “Nokia” or nothing. Remember its amazing reliability, quality, and keen pricing. Then remember when Microsoft bought the Finnish phone company and finished it.

It has been reborn with a Finnish CEO Arto Nummela and about 600 enthusiasts, many formerly Nokia staff that love the brand and is bringing three models of smartphone to Australia in July.

Nummela said, “People just fell in love with the brand and what it stands for. Its new owner HMD is a startup that shares the original Nokia passion. It is the people's brand, a trusted brand, and we have to protect that.”

The new Nokia smartphones are very different from earlier Nokia smartphone models released years ago. It’s a testament that under a new management, they’ll be able to revive the Nokia brand and regain the market they once lost to Apple and Samsung. Millennials may get nostalgic over these new phones and buy them as soon as they hit the shelves and that’s exactly the goal of the people behind Nokia today. After all, most Millennials grew up with a Nokia in their hand. If they like the new Nokia today, it’s still highly possible for the new Nokia smartphones to become the household name that it once was and dominate the smartphone scene once more.

Aside from smartphones, computers are also crucial to our lives. Unfortunately, they can also fail us at times and it is more costly than just a smartphone. Most tech issues often point to the hard drive. So, arm yourself with the knowledge you need about hard drive recovery do’s and don’ts here: http://www.harddriverecovery.org/blog/hard-drive-failure-recovery-three-major-user-mistakes/ to limit the damage and pay less for recovery. Although not necessarily a must-know, it helps to learn about http://www.harddriverecovery.org/clean_room.html so you have an idea if you are working with a legit pro who knows how to do their job right and you are not being swindled for your hard-earned money. Millennials won’t have a hard time understanding this, so take your cue from them and learn to embrace technology because they are here to stay for good.