We all need data storage. All our personal and business files are dependent on it. It’s safe to say that the longevity of all our files rely a lot on which data storage technology we choose to use.

Let’s talk about the redundant array of independent disks or RAID first.

RAID, short for redundant array of independent disks, is a method of enhancing disk performance, increasing storage capacity and improving fault tolerance, depending on the RAID level chosen.

RAID enables the same data to be saved across multiple disks while still appearing as a single logical drive using specialized hardware or software called a RAID controller. RAID levels, which are denoted by a number, determine the performance characteristics of a given configuration and how much or little data protection they offer. 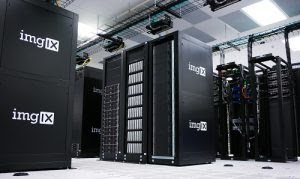 There are several RAID levels. Each level has their own benefits.

In RAID level 0 (zero), also called data striping, block-level data is simply distributed but not copied across multiple drives, improving performance and storage capacity but not offering enhanced protection. If one of two or more drives in this configuration fails, all data is lost.

RAID 1, on the other hand, offers a safety net in the form of data redundancy. By mirroring the contents of one drive onto another, RAID 1 ensures that data remains available should one of the drives in this configuration meet an untimely end.

Needless to say, in any discussion on RAID 0 vs. RAID 1, it's important to keep these differences in mind.

Other RAID configurations add their own benefits. For example, the popular RAID 5 configuration uses three or more drives to store data and recovery information called parity across the drives. If one disk fails, the remaining disks can keep the array going until a replacement arrives and is rebuilt.

The network-attached storage or NAS is a more centralized technology.

NAS stands for network-attached storage. Used by enterprises large and small, as well as in SOHO (small office, home office) environments and by creative professionals and other enthusiasts, NAS allows users to store their files on a centralized appliance or storage array.

Some sport CPUs powerful enough to allow them to run applications, security software or pull double duty as mail and multimedia servers. Others enable remote access, allowing users to access files on their PCs, phones or tablets over the internet.

One of the most important things to consider in choosing a data storage technology is backup. Between the two, NAS can be scaled according to your own storage capacity. While RAID uses multiple disks to back up files, it won’t protect portable data devices. They can’t hold multiple drives. On a personal level, it would be pretty expensive to use RAID. The RAID configuration is more fitting in the work place.

Nonetheless, it’s still worth considering it because data recovery from RAID is easy. At Hard Drive Recovery Group, they have seen all kinds of RAID configurations. They are more than familiar with this particular data storage technology. This page https://www.harddriverecovery.org/raid-pricing.html can give you more information on the maintenance and repairs of RAID.

RAID Vs. NAS: Differentiating These Two Data Storage Technologies is republished from http://www.harddriverecovery.org